Rooftop Solar Could Be a Money Spinner for HK Families

Hong Kong households and businesses that produce renewable energy through rooftop solar installations or wind systems could soon sell their excess supply to the city’s power grid – and charge up to five times the current retail price.

An Environment Bureau proposal submitted to the Legislative Council environmental affairs panel on Monday said the payment to independent producers – known as the feed-in tariff – would be set at HK$3 (US$0.38) to HK$5 per kilowatt-hour (kWh) of electricity to spur investment in clean energy production.

The bureau said it had worked with an external consultant to study the appropriate feed-in tariff rates for renewable energy systems that could generate different amounts of energy to help recover the cost of their investments quicker. 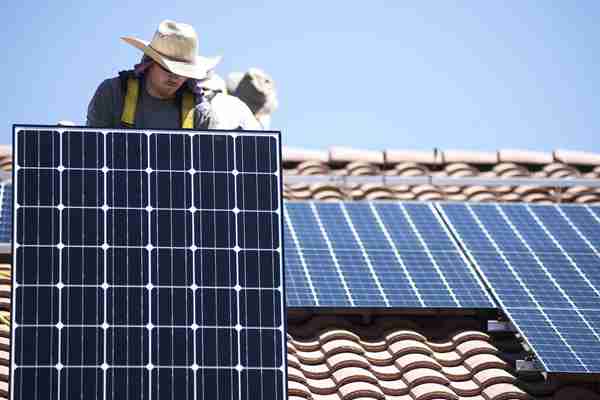 “[The rates were set] with a view to enabling … owners to recover the cost of the system as well as installation, operation and maintenance costs in around 10 years,” it said.

The clean energy produced will be sold to both power companies – CLP Power, which supplies electricity to Kowloon, the New Territories and Lantau; and HK Electric, which covers Hong Kong Island.

Consumers will not see a big surge in their monthly power bills – for now.

The power companies would offset some of the costs by selling “renewable energy certificates” to businesses, or even members of the public, who would pay for the certificates to lower their own carbon emissions or to meet corporate social responsibility commitments.

Only about 1 per cent of Hong Kong electricity is generated from renewables. The bureau has previously said renewable energy had the potential to provide 3 to 4 per cent of the energy mix.